When most people think about California's wine country, they think of Napa and Sonoma. So you may be surprised to learn that the Santa Clara Valley was once the epicenter of northern California's wine industry.

This area has a rich history of viticulture. Grapes were planted at Mission Santa Clara as early as 1798. These grapes didn't make very good wine, but in the 1800s the Gold Rush brought French immigrants who were knowledgeable about vines, climate, and soils, and they saw the potential of the Santa Clara Valley as great viticultural territory.

By the late 1800s, the foothills of the Santa Cruz Mountains were dotted with vineyards — there were more than 800 acres of vines in Portola Valley and Woodside alone. There were also about 300 acres of vines and several small wineries in the town of Mayfield, which is now Palo Alto. Leland Stanford planted about 150 acres of grapes on his property just North of Mayfield, and produced 60,000 gallons of wine a year out of his winery. Around this time, Santa Clara County was recognized as one of the top wine-producing counties in the state.*

Though the Santa Clara Valley is no longer well known for its grapes, viticulture is still strong in the Santa Cruz Mountains. The region is home to more than 70 wineries and over 200 small vineyards, and remains one of the top winegrowing regions in the world.

Our estate vineyard sits just on the border between the two appellations. The land across the street is in the Santa Cruz Mountains AVA, and our property is considered Santa Clara Valley. We're proud to keep Santa Clara Valley's winemaking heritage alive in a small way.

*Information on this page was found in Charles L. Sullivan's book, Like Modern Edens: Winemaking in Santa Clara Valley and Santa Cruz Mountains 1798-198 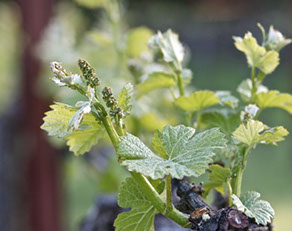 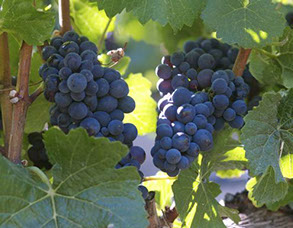 Our two acres of Pinot Noir were planted in 2003. The vineyard gets intense summer sun, and the coastal fog frequently approaches within a few miles, keeping temperatures cool. We tend our vines meticulously by hand, limiting crop load to channel the vines' energy into a small number of high-flavor clusters.

We farm the vineyard with techniques that improve, rather than degrade the land. Our vines are mostly dry-farmed, and we preserve organic matter by avoiding tillage. A pond next to the vineyard provides habitat for frogs, herons, and other wildlife. Our grapes are certified organic by CCOF.